On the cat walk

It was about a year ago that we noticed a very fluffy gray cat hanging around our house. If we approached her, she would chirp and scurry right over on her stubby little legs to be petted. After a few minutes of stroking her head and cheeks, she would flop onto her back so that we could pet her tummy – rolling and stretching for as long as our knees would hold out as we crouched down to lavish attention on her. This was obviously a kitty that was used to being around people.

But she seemed homeless. Steve started putting food out for her and she ravenously gobbled it down. We’d come home and find her sitting on the fence outside our front door. We asked a couple of neighbors and no one else knew who she belonged to; they speculated that someone had moved and they weren’t able to take her with them. How someone could do that to a pet is hard to understand but you never know the stresses that people are under.

Of course, if she was going to be part of the family, she needed a name. Her fur – which is so soft it that feels like dryer lint – is definitely 50 shades of gray. So after a quick Google search to find out the lead character in the movie, Steve named her Anastasia. 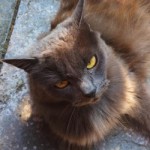 The plan was that we would keep feeding her but Anastasia would stay an outdoor cat. After all, we already have two indoor free-loading feline bums and another litter box was not in my future. Then I came home one rainy blustery day and there she was, curled up next to Steve on the couch in that extreme state of cozy bliss that only cats seem to be able to achieve. Toss her out? Tough love probably doesn’t work on cats so we agreed that she gets to come in but her roaming privileges do not extend upstairs. 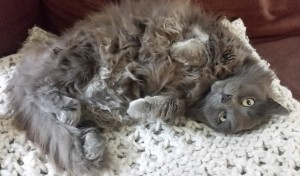 When Valerie visited us at New Year’s, she was struck by Anastasia’s rather witchy appearance and princess personality. When Anastasia stares you down with her slanting yellow eyes, it’s easy to understand why there are folktales about cats stealing your soul.  But unlike our big orange tomcat Nigel who would be fine cuddling with us one day and eating us the next, Anastasia has never so much as bared a claw to any of us, yet she does give us plenty of hissing cat-itude if being plucked off the couch and sent outside isn’t what she had in mind.

Anastasia could have lived a rough life with feral felines on the mean streets of Cotati but instead she won the kitty Powerball lottery when she found her way to our doorstep. I can’t help but think of the line from “Casablanca.” “Of all the gin joints, in all the towns, in all the world, she walks into mine…”

Here are some fun drawings Valerie did of an anthropomorphized Anastasia. 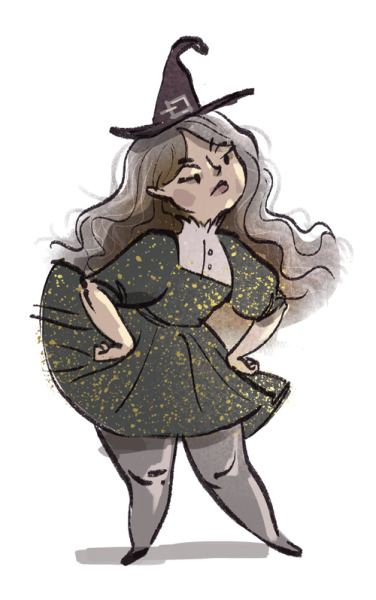 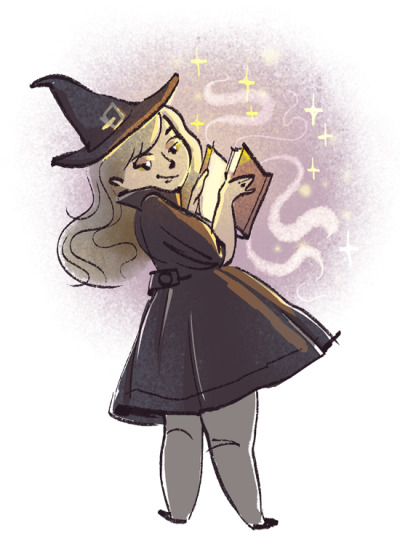