So I’m standing at the corner, waiting to cross the street at East Washington and Petaluma Blvd. N. when a millennial on a bike pulls up next to me and breathlessly asks for directions to Lagunitas. I’m not sure if he was having a beer emergency or if he just didn’t want to be late for the 4:20 start of the band in theTapRoom, but he was definitely a man on a mission.

It caught me a little off guard that he asked for directions to Lagunitas; when he started the sentence with “Can you please tell me how to get to…” I was expecting him to finish his question by asking for directions to the JC or the closest Whole Foods.

But as I thought about it, it shouldn’t have surprised me at all. I hear all the time that when Petalumans travel outside the area and mention where they are from, people respond with “Oh cool! Petaluma…that’s where Lagunitas is brewed.” Lagunitas has definitely become a Petaluma landmark and much sought out destination. 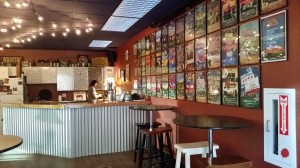 The Tasting Lounge at Lagunitas.

But some of our volunteers at the Visitors Center had never visited Lagunitas; it is a little off the beaten path and outside of the historic downtown area. So the folks at Lagunitas graciously hosted a tour and tasting for our team.

We met in a very cozy and inviting space at Lagunitas late one afternoon a couple of weeks ago. While got comfy on their couches and sipped their signature IPA and Cappuccino Stout, our adorable tour guide and self-described “Beer Pixie” Carolyn, took us through the “sailing ship to rocket ship” story that began with Tony Magee’s brother-in-law giving him a home brew kit in 1992 to the 1.2 million barrels that are the combined capacity of the Petaluma and Chicago breweries.

It was fascinating to learn about partnership between Laguitas and Heineken; a move that benefits both companies because it facilitates Lagunitas global distribution and Heineken gains a craft beer brand. Tony specifically sought out Heineken because it is a company that shares the same family values. As Carolyn shared a personal story – even getting a little emotional as she talked – about how Tony and Lagunitas supported an endeavor of one of her family members, it was clear that Lagunitas walks the talk about building relationships and community.

Everyone in Petaluma who has had any contact with a non-profit knows how generous Lagunitas is; offering up their facility on Monday and Tuesday nights for fundraisers. As Marie who is the executive director of the Downtown Association and Visitors Program sa 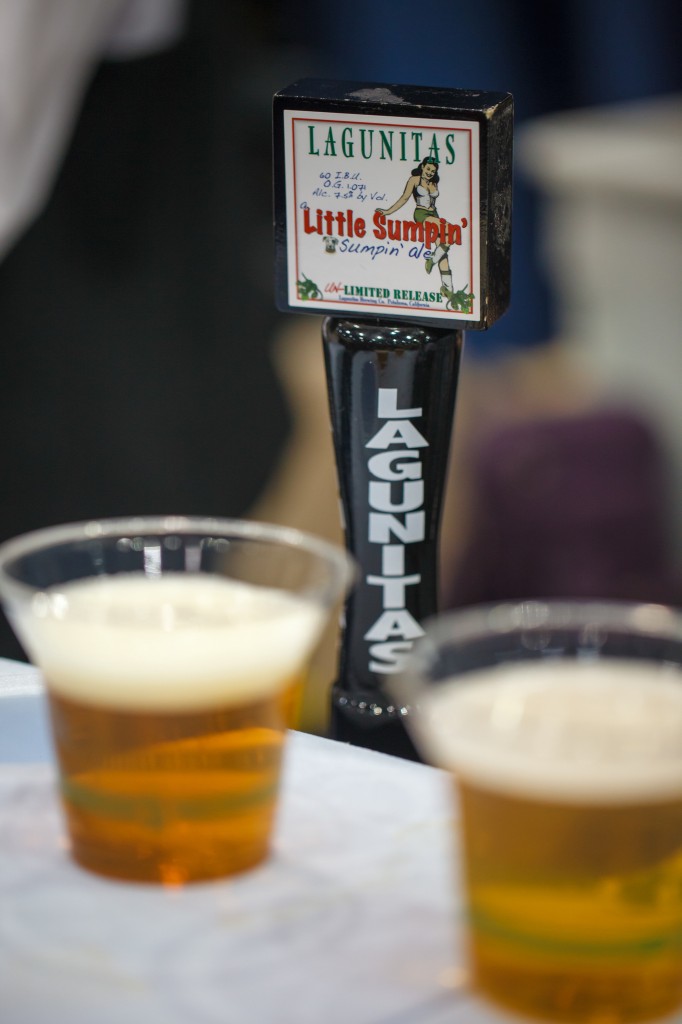 id, “Tony is the most generous guy in the city. Lagunitas has raised so much money for non-profits.”

Thank you Lagunitas; we are so proud that you are part of the Petaluma community!

Next time you have someone visiting Petaluma, take them to Lagunitas for a tour – they have them several times a day, every day of the week. Or even better…don’t wait until you have company – just make the short drive to Lagunitas for great beer, pub food and entertainment at the TapRoom.