In preparation for the Butter & Egg Days special section in the Argus Courier, I had the opportunity last week to interview a few members of the NWPRRHS.

Yes, that’s a mouthful – it stands for the Northwestern Pacific Railroad Historical Society. Because this year’s parade theme centers on the impact of trains both in our history and future with SMART, it was only fitting that this group be honored as the parade’s Grand Marshal.

Before meeting with the NWPRRHS, I really didn’t give much thought about the contribution that trains have made to our community.  For most of us in our day-to-day lives, unless we happen to be driving across town when the crossing arms come down at an intersection, railroads just aren’t that important to us. Like dinosaurs, they were an enormous presence at one time, but beyond just being impressed by their size, why should we care? 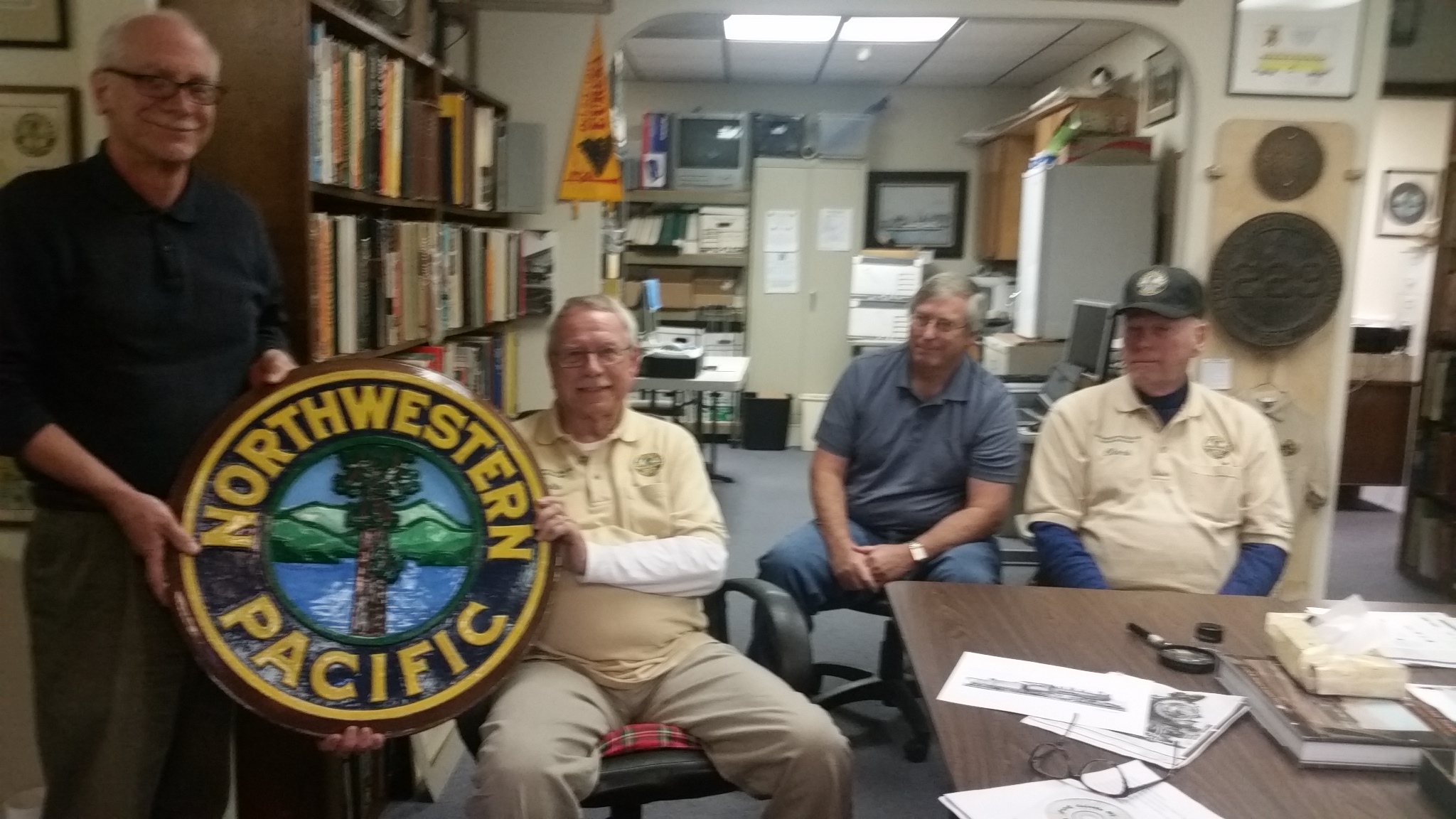 Members of the NWPRRHS at the William R. Hogarty Library located at 1364 N. McDowell Blvd.

After spending a couple of hours with the NWPRRHS, I have a much different perspective. As president Charlie Siebenthal explained, if it weren’t for the Redwood Empire railroads, there would not be a Redwood Empire. Period. If you didn’t live by a river or on the coast, you couldn’t get anywhere until the expansion of the railroads.

And while most of us don’t spend much time thinking about trains, the cool thing is that the members of the NWPRRHS spend a lot of time – and skills and resources – to ensure that this significant era of our history is collected, archived and restored.

Some of the members developed a connection with railroads as children, either by playing with train sets or living near railroads. Other members were drawn to the organization as adults by a love of history or an opportunity to participate in the hands-on restoration of a railcar. But as Charlie said, “Once the railroad bug bites you, it doesn’t let go.” 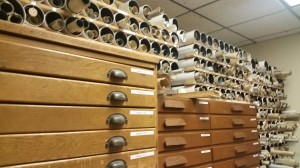 There are more than 20,000 catalogued items at the library.

Beyond their fascination with the mechanics and history of trains, what impressed me about the NWPRRHS members is their inherent curiosity. They are detectives with a strong drive to dig deeper to complete the picture and be able to tell the story of the railroads more fully. That takes many different forms for them. It could be uncovering the history of a donated railcar door, cataloging 8,000 drawings from an original Northwestern Pacific Railroad engine department, or consulting with SMART engineers.

The NWPRRHS shares their extensive knowledge and archives with the public at the William R. Hogerty Library at 1364 N.McDowell, across from the Kohl’s shopping center. They are open every Thursday from 10am to 4pm and the first Saturday of the month.

The passion of NWPRRHS members is infectious. Visit with them and you might just find yourself bitten by the railroad bug.